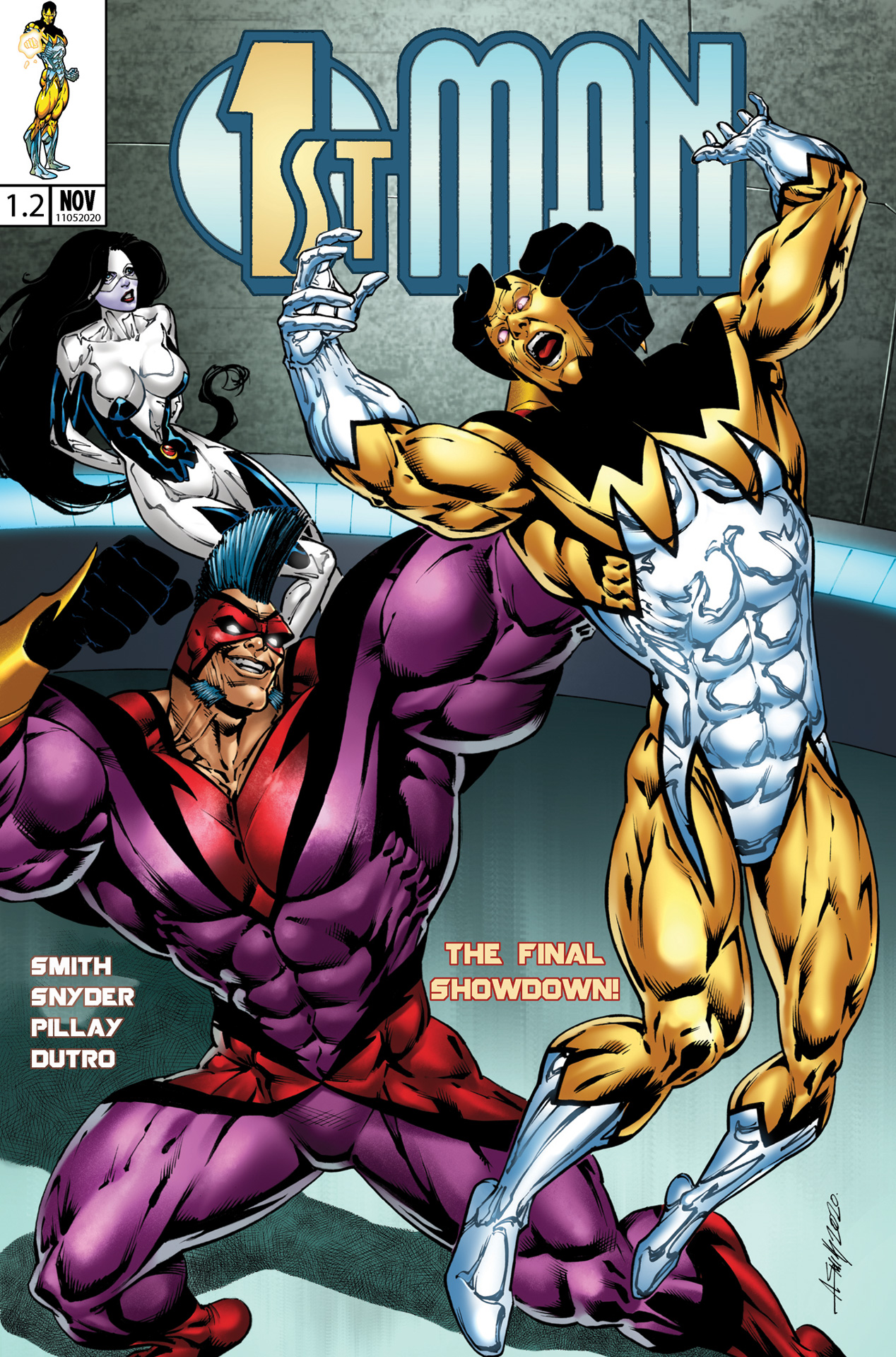 A mixture of DC's Shazam and Marvel's Captain Marvel, 1stMan brings you the adventures of college student Luke Henry who is imbued with incredible powers but doesn't realize he is being hunted by Monarch and his cohort Penumbra to gain that power back!

1stMan is the story of Luke Henry a freshman in college that is chosen to carry on the last Essence of the 10. There are 10 powerful Essences scattered across the universe, each inhabiting a being on different planets. If the being dies, the Essence will search out another worthy vessel. If somehow, all 10 essences were collected into one single being, that being would become the most powerful force in the Universe, a virtually unstoppable force.

Once Luke gains that power, he can change into Apollo, the 1stMan!

Monarch, the larger-than-life, power-hungry villain of this story, has collected 9 of the essences of the 10 by destroying the worlds they inhabited. He now has his sights set on the last one. Monarch travels to the world inhabited by the 10th essence, only to see it escape his grasp and find a worthy being to protect it and contain its power: 1stMan!

But 1stMan isn't the only character in this tale. Penumbra is the last survivor of one of the worlds destroyed by Monarch. She's a femme fatale, not an ally of 1stMan so much as she is concerned with self-preservation. Her main goal is to stop Monarch from gaining the 10th Essence. Once he wields the power of the Ten, Monarch will be unstoppable.