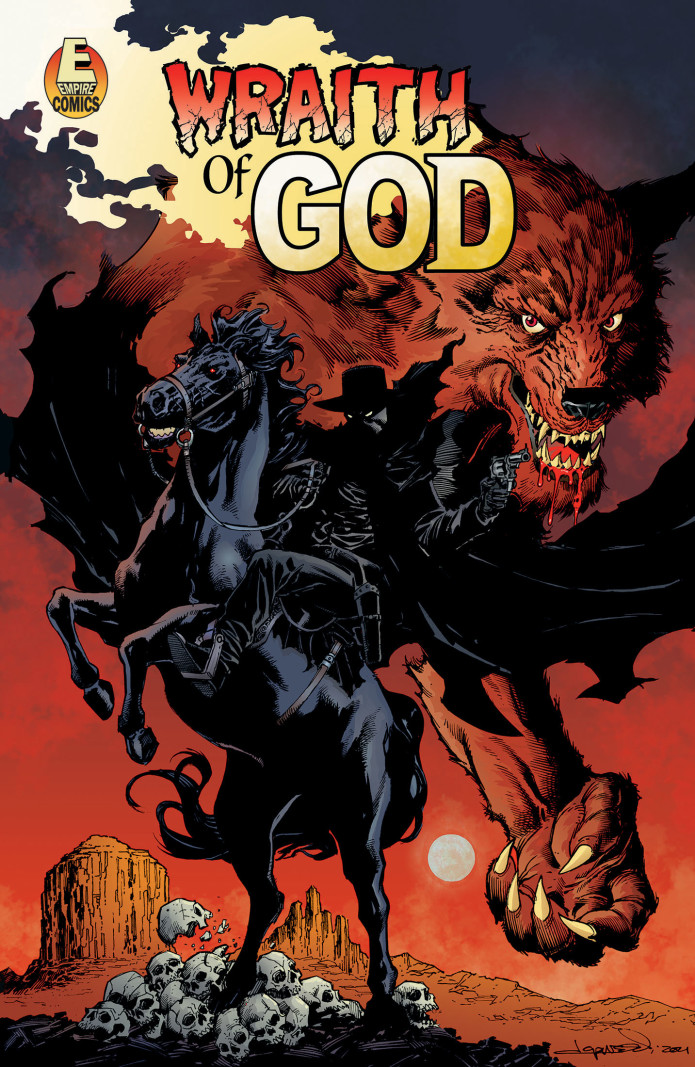 In 1883 a mysterious hero with a dark past hunts monsters and delivers violent justice.

In the American west of 1883, the WRAITH is a mysterious hero with a dark past who is relentlessly driven to administer the wrath of God on the evil supernatural forces that contaminate the land.   A master of illusion and disguise, the Wraith is aided by a former Salvation Army worker named Esther who frequently finds herself at odds with her mentor .  It's a race against time and death as together they try to stop a pack of werewolves from obtaining a mystical amulet that will make them invincible.  (72+ pages, full color)