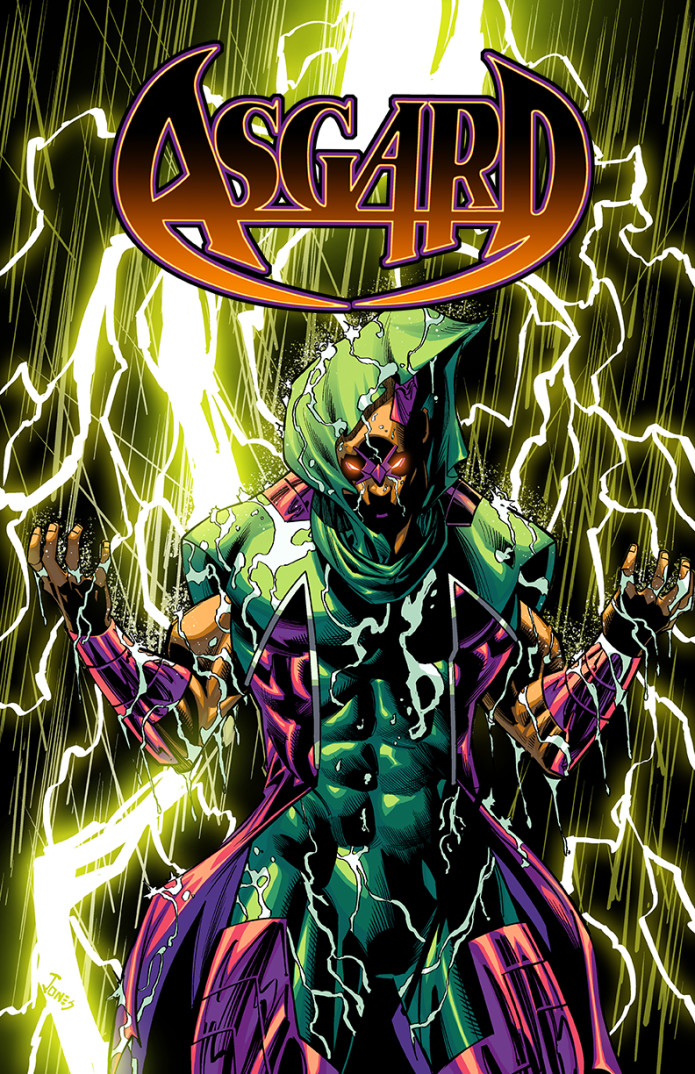 The adventure begins in this high octane first chapter of Asgard four part miniseries following Desmond Gant that has bonded with Mjolnir and  Muninn while learning to control his new powers. The Inquisition is hot on his heels, attempting to subdue the monster they believe him to be as he searches for his daughter. The action boils over as, gods of legendary pantheons have escaped to earth, on the run from a deadly enemy, seeking a new power, a power that save them all.

Will Desmond become the Savior of the gods, his daughter and Earth or will he be the Destroyer prophecies have foretold?