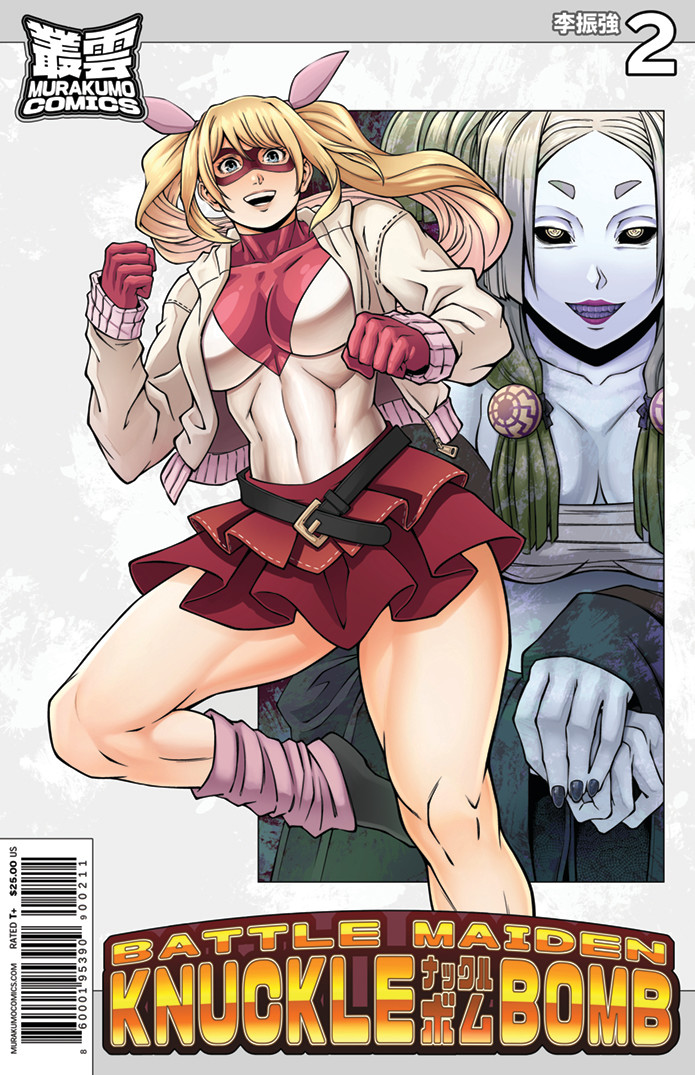 In the last issue of Battle Maiden Knuckle Bomb...

Saaya Volkova, ramen shop waitress by day, high kicking karate girl by nature, finds herself caught within a web of deception when her uncle, Dr. Albert Vogel, is attacked by a group of armed mercenaries led by a hulking wall of muscle called Brecher.

Shot in the back, Saaya is fatally wounded. Vogel's hand is forced as he administers an experimental mutagen in an attempt to save Saaya's life. The Godhand Serum enhances the body and bestows the subject with a Vagary - a mysterious power unique to each subject. Saaya's explosive power manifests and takes out half of the facility in the process.

Coming to grips with her new body and abilities, Saaya fights to protect her uncle from the Black Sun Mercenaries and to live to see tomorrow!