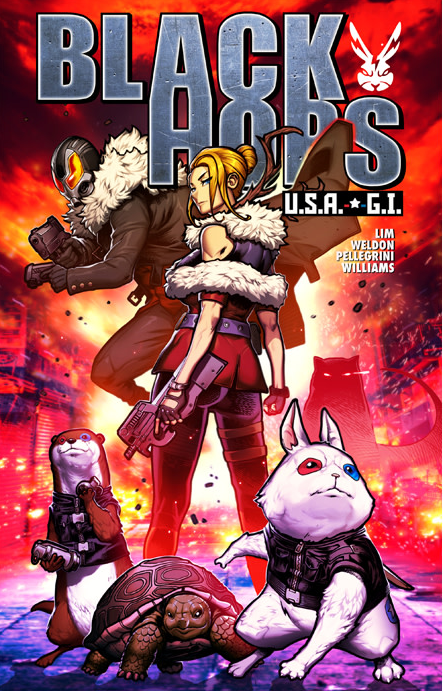 USA-*-GI and Patriot-R must stop a biological terror from being unleashed on American soil.

BLACK HOPS tells the tale of U.S.A-*-G.I. , the dauntless, highly trained special missions rabbit who has worked with the United States military to take out high-profile targets for over half a century. Found in the atomic aftermath of World War II, the leporid that would eventually be U.S.A.-*-G.I. began to display abilities that superseded those typified for his species