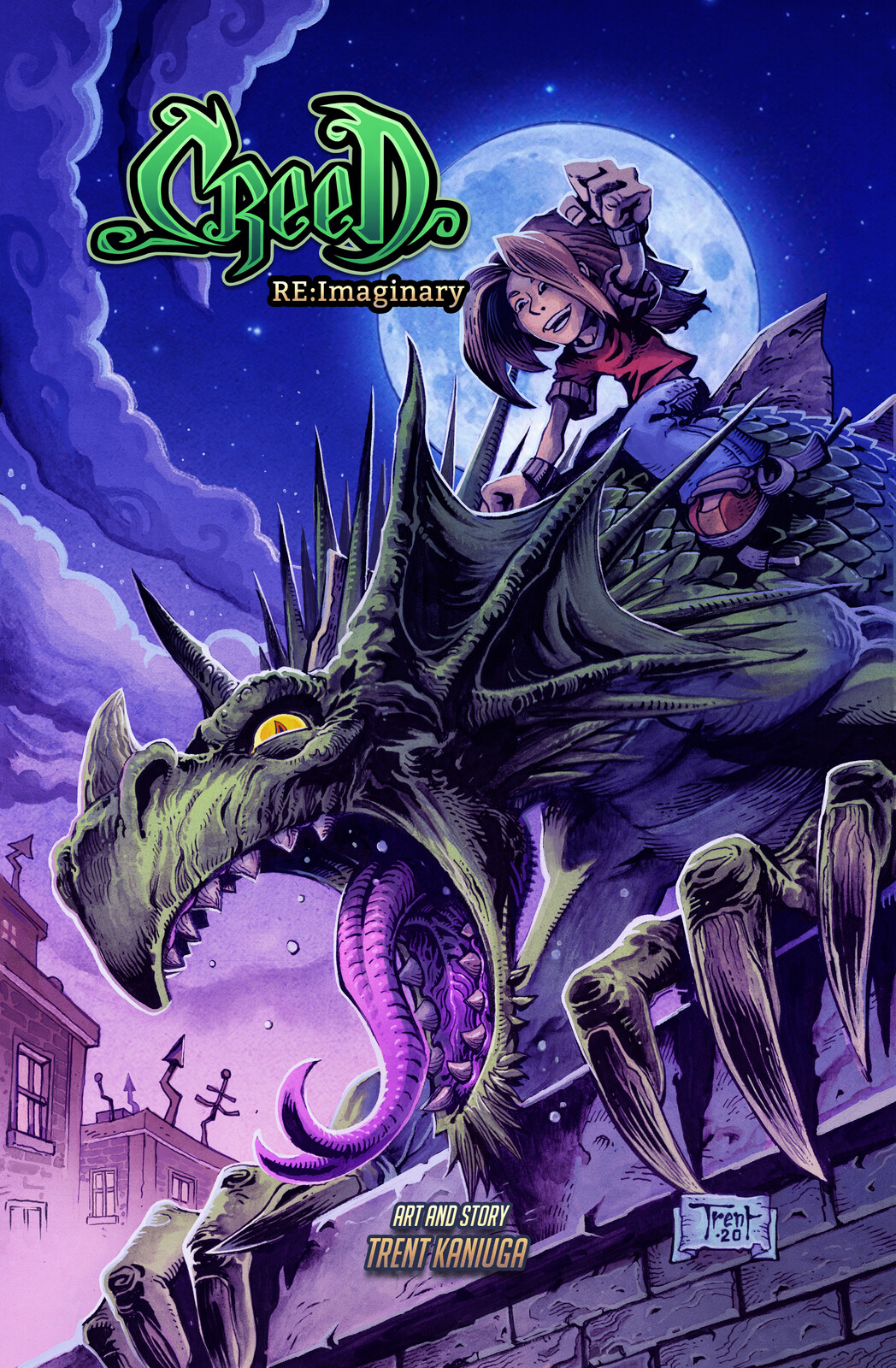 The Return of CREED, by Indie Comics Legend TRENT KANIUGA!

Mark Farley is a 17 year old comic creator, much like myself at 17! HIS comic documents his travels into a DREAMWORLD dimension, where he takes on the persona of "The Legendary Creator" - CREED.  Together with his best pal (CJ), a morphing dreamfrog/dragon, they stomp out nightmares and face Marks most personal demons, manifested as the deadly Skeeziks!

After years of neglect, Mark returns to the DREAMWORLD only to find all of his creations trapped in despair and slowly turning to stone.

Together with a much younger CJ, they uncover a plot hatched by a mysterious figure (Laney) who seeks the power of the DREAM STONE, which would allow her to destroy everything and RE-IMAGINE the Dreamworld according to her own selfish desire.