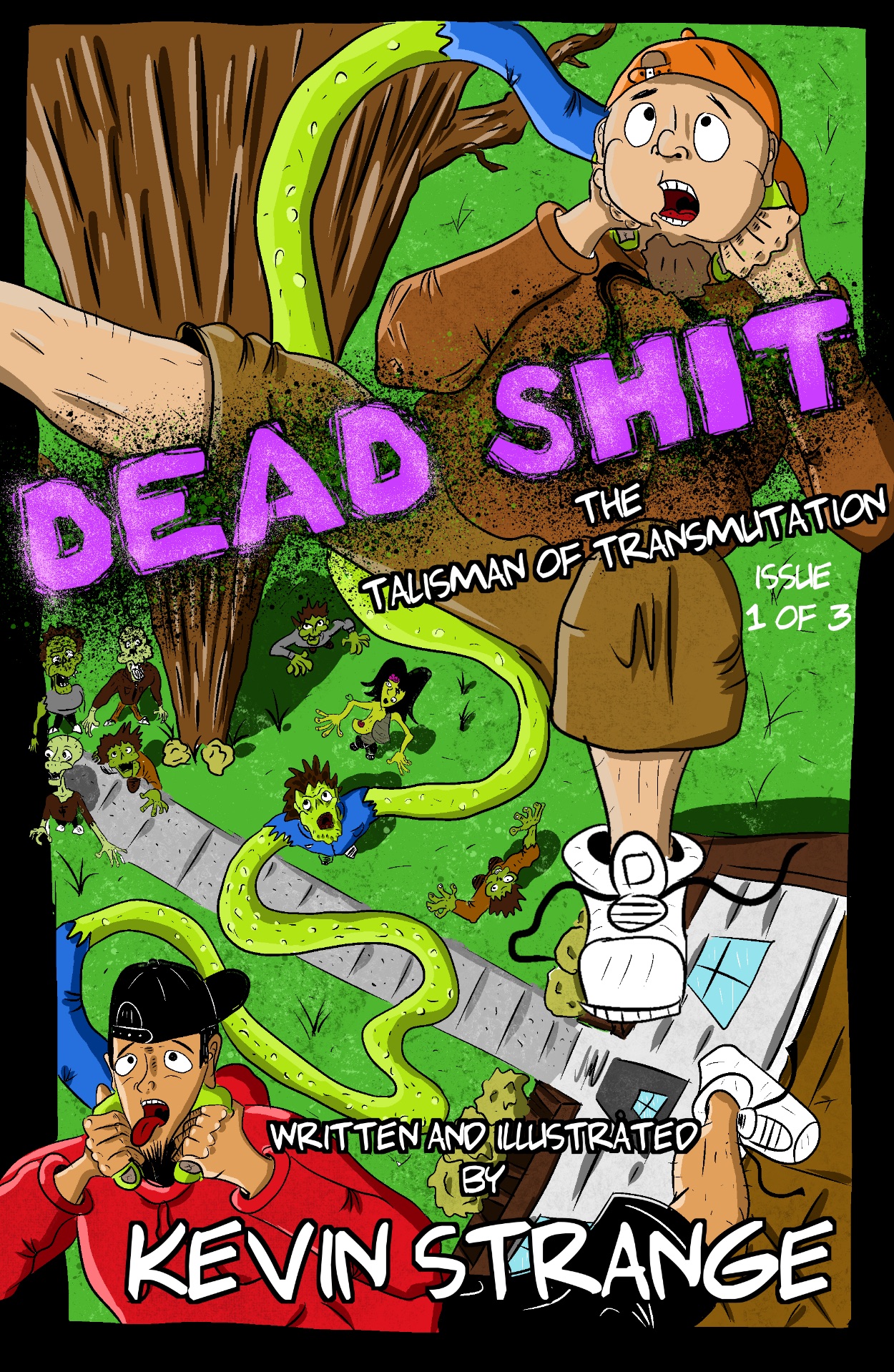 Nixon and Hogan are BACK in this comic book adaptation of the 2008 Tromadance New Mexico official selection and underground cult classic zombie comedy flick DEAD SHIT!

To make matters worse, the talisman contains the spirit of an ancient and angry Samoan goddess whose powers mutate the zombies into even weirder monsters!

Filmmaker, novelist and now comic book creator and mayor of Strangeville Kevin Strange re-imagines one of the classic Hack Movies. This is one for the ages, gang!