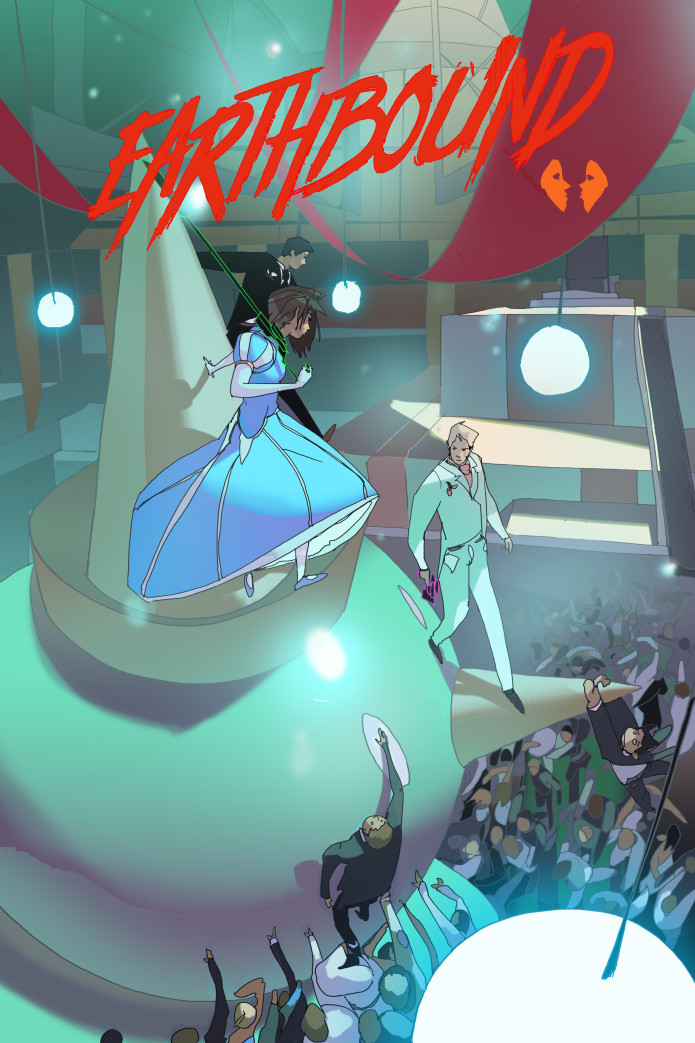 In the Universe of Earthbound there are 13 Sponsors across the galaxy. They recruit the greatest contenders on each planet and submit two every four years to the GGPT, Galactic Grande Prix Tournament. They hold a draft every year for an exclusivity contract, so other Sponsors won't compete for the same contenders. But once you draft a contender, you still have to go out and recruit them. A subclass of warriors emerged to make a living specifically on the task of recruitment, known as headhunters. Even headhunters are often compelled to do their job by blackmail and threats of punishment. Freedom is not guaranteed, even Free Will is not guaranteed.

Spaceman and Julia are sent to Earth to recruit the Sirens of Violence, four deadly warriors hiding out. Whoever recruits more of the four shall earn their freedom. In the case of a tie, Wiz Kid, their ex-teammate who happens to be stranded on Earth, will be the tie breaker. Wiz Kid was recently drafted by the 13th Sponsor. He is a very late draft pick but he's also a Dark Horse, one Handler in the 13th ward has a mysterious high stakes bet on him.

The big idea that everyone likes behind this story is the R-types. The R-types are weapons that jack the targets free will. Headhunters use them to recruit Contenders. But the Sirens are extremely deadly. Spaceman and Julia will have to recruit other warriors on Earth first, enlist their help, and then go at the Sirens. It plays out in really fun ways, for example later in the story (this isn't a big spoiler i promise) one of the headhunters needs a car to get somewhere fast, so they stop the nearest car that approaches and shoot the driver. It happens to be a soccer mom. So a soccer mom is on their team for the rest of the story at that point, driving them around like a badass. One could also shoot cops, hell you could shoot the President but you might have to shoot some other targets first. It's a fun concept. The different strategies Spaceman and Julia utilize is telling of their character. Just how the R-types work is slowly revealed through the story.