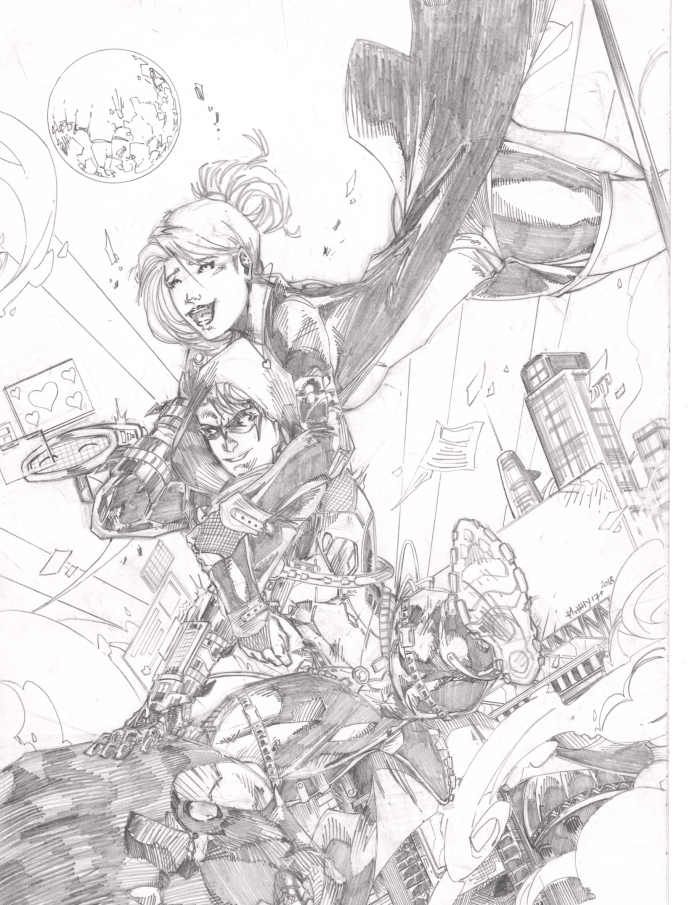 The Paragon, is the most powerful and premier superhero team, comprised of the world's most extraordinary individuals. Protecting the world from both domestic and planetary threats being the world's peacekeepers.

Following the events of an alien invasion. Members of the Paragon continued to dwindle. While their children continue psychological treatment from their years of brainwashing and torture. But no matter how damaged and emotionally unavailable these wayward kids might be. There isn't much rest for the wicked.

Crystalline Manhunter Faden was the super-heroine Almaaz, and a deceased member of the Paragon. Her son Simon Faden (aka Qbyte/Kyuubit) has become a cunning and calculated force of nature. Than he is cute and charming. When he decides to leave the Paragon, with his flamboyant and solipsistic sweetheart, Harnabella. Who can’t believe in anything greater than herself, as they come into conflict with the Vietnamese superhero community.Which coincidentally coincides with the detonation of a nuclear bomb and the mass-culling of superhumans. Being investigated by the countries Nightcrawler.

Can Simon live up to the legacy of his parents and their sacrifice? Being the hero he was always meant to be, making the world a better place? Or can we only hope that he is…