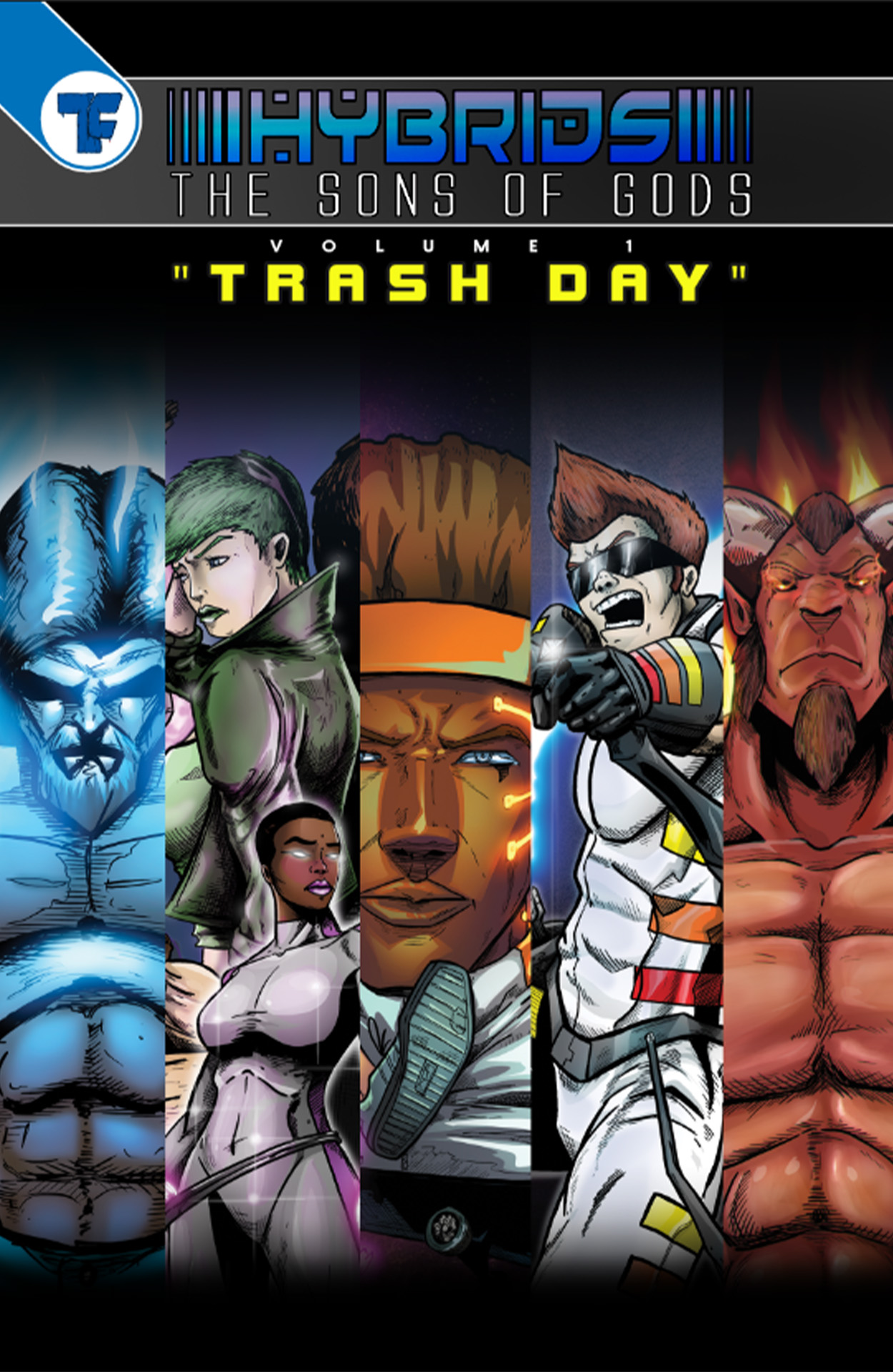 The advent of modern day Greek Gods is marred by a sinister (super)human trafficking ring. Follow the efforts of a few determined heroes to rescue their loved ones.

Hybrids: The Sons of Gods -  Volume 1 - "Trash Day" is a 128 page graphic novel that combines the 5 issue mini series, the Saraphina expansion story, and an exclusive "end credits" story into a single volume with bonus content from the creator.

Join the hundreds of others who have joined in on the story and the Hybrids Universe.  There will be exclusive covers by Caanan White and Bryan Dawson, as  well as the first access to the production copy of the H:SoG Role Playing Game QUICK PLAY!

Not the Typical Superheroes...