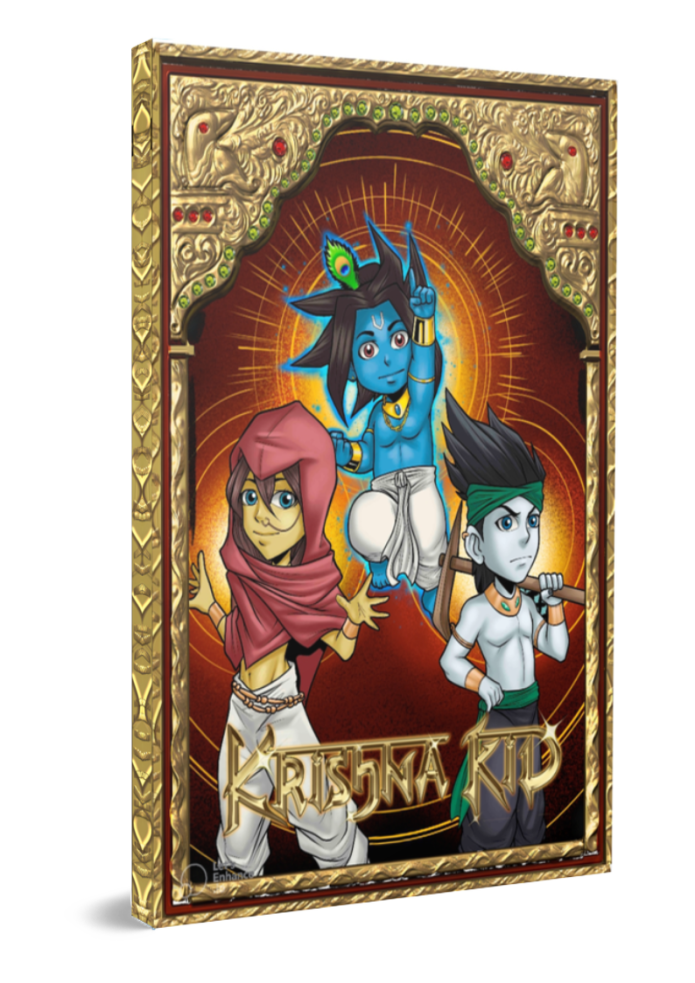 LORD VISHNU returns in Human Form as KRISHNA KID to restore the balance between Good and Evil.

Whenever humanity is threatened with evil, corruption and chaos, LORD VISHNU, the SUPREME PERSONALITY of GODHEAD descends to the Earth in the form of an AVATAR  to  restore COSMIC ORDER and protect the balance between GOOD and EVIL.

KRISHNA KID follows the childhood adventures of god child, prankster and divine hero KRISHNA, his older brother BALARAMA and their gang of friends as they work together and battle to defend the idyllic town of VRINDAVAN from scores of vicious DEMON ASURAS, outwit the most dastardly of KINGS and even showdown with the GODS!