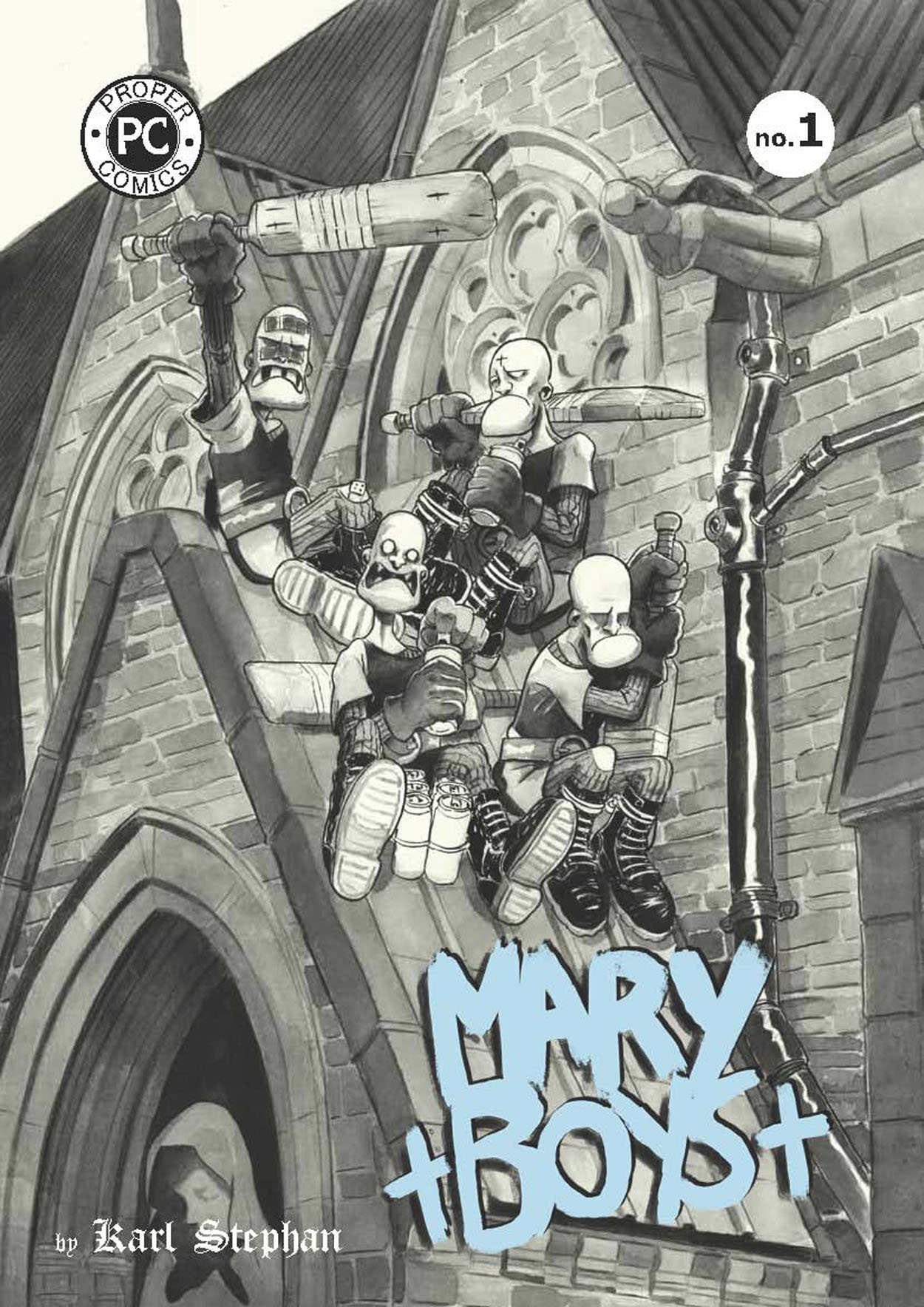 Mary Boys is about four teenage Knights Templar from a backwater English town at the fag-end of the 20th century. Their mission is to purge the town from its sin and save it from an impending apocalypse.

The story is set somewhere in the 90's. The Mary Boys are four teenage brothers raised by an old Catholic priest named Parrish. Parrish taught them in the ancient Templar traditions after an attempted robbery left him with a bullet in his skull and flashbacks to a past life when he was a member of the original Order of the Knights Templar from the 13th century.

The Mary Boys are quadruplets born with a genetic condition that gave them enlarged hands and feet and prevents them from growing body hair. It also affects the way they metabolise alcohol. So, drinking beer endows them almost superhuman strength and endurance (unlike the rest of us who just get plain old drunk).

Basham, their home town, is riddled with many social problems thanks to a huge retail corporation driving out small businesses, cutting jobs and leaving large sections of the community at the mercy of criminals. Parrish believes that the town will suffer a great biblical apocalypse unless it is purged from its evils. So, the boys roam the streets at night with their cricket bats, heavy boots and lager cans to bring in some needed salvation. The mysterious image of the Blessed Virgin is ever-present, guiding them in their fight against all kinds of gangsters, hooligans and wrong-uns, including the Basham’s own police force.

This Indiegogo campaign will cover the first two issues, which contains their origin story and introduces the major characters and themes.