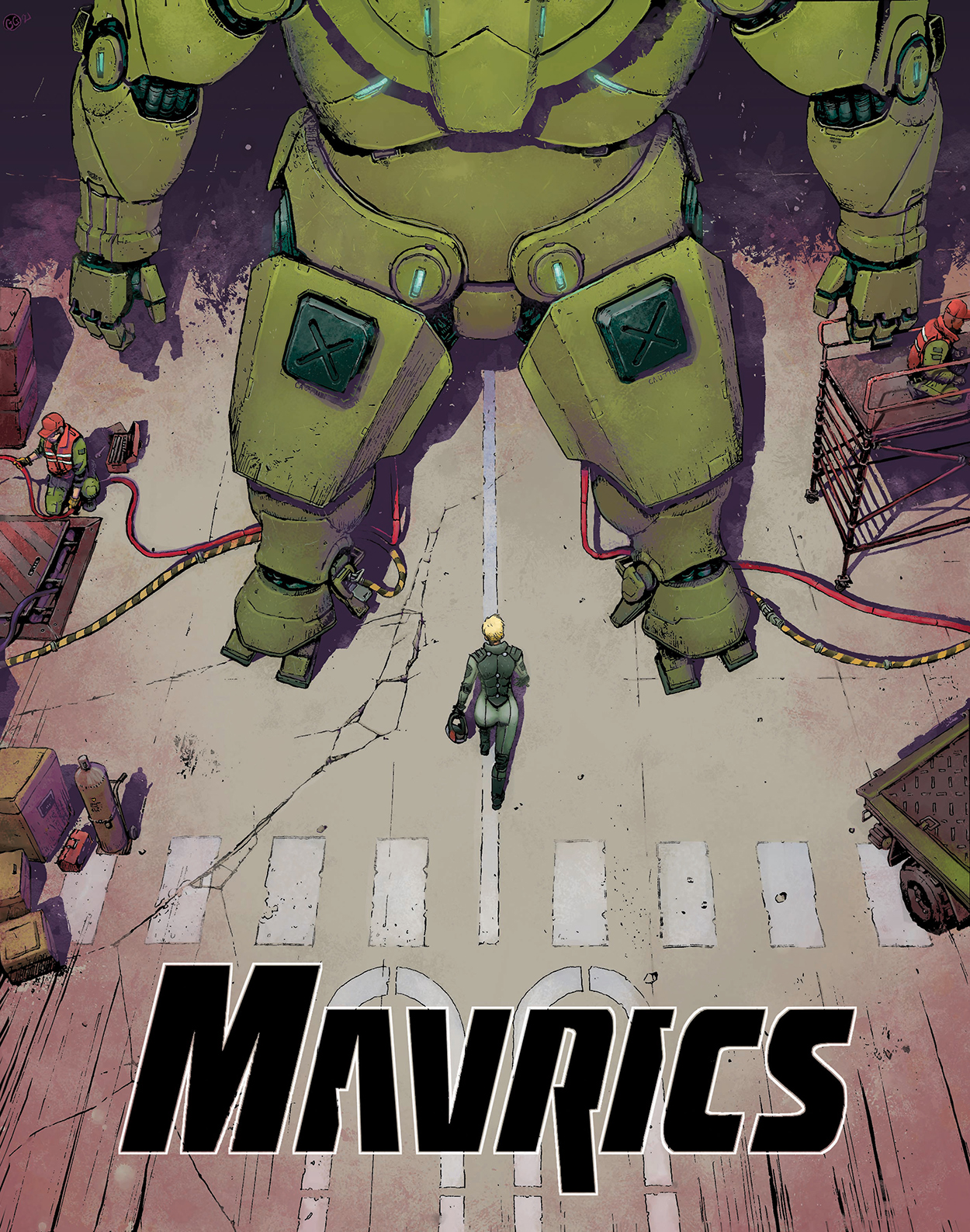 In the style of Gundam’s 08th MS Team, MAVRICS features giant mecha, special forces soldiers and global superpowers with secret agendas trying to take over the world. Its Predator meets Patlabor, Extraction meets Evangelion, Sergeant Fury meets Steel Batallion and Battletech meets Black Hawk Down. If you like big stompy robots and thrilling military style action this book is for you!

In an alternate version of our world, ravaged by a global collapse dubbed “The Cascade,” rival nations wage war for global domination and fight for control of what remains.

The Unification of Zhongguo intends to conquer all of Asia, and the only thing standing in their way is the Northern Continental Alliance. As their battle rages on, both sides seek to develop a technological key to ultimate victory.

Now, in the skeletal remains of war-torn Ulaanbaatar, a squad of six brave pilots sent on a seemingly mundane mission to rescue a group of refugees, will encounter more than they bargained for – and uncover a dangerous secret.