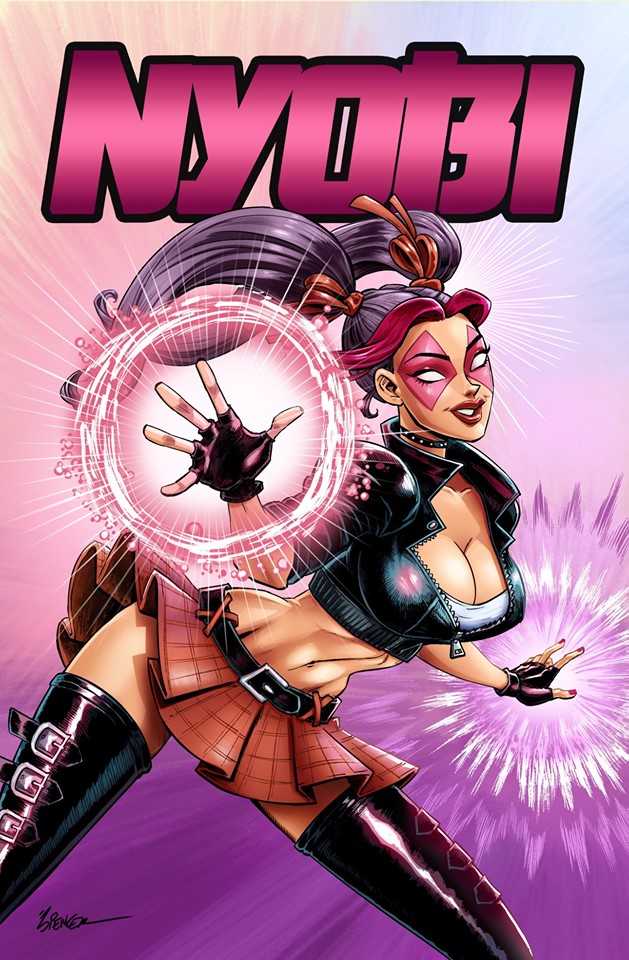 Nyobi is a Japanese American pop-star with the ability to teleport. While she places focus on her music career she also serves the UN as a representative for the G-Nom community. Recently Nyobi has discovered that her powers are slowly killing her ...

Seven years ago, before developing her powers, Nyobi was the breakout star of the Geisha Dolls, an all-girl J-pop group that was quickly gaining in popularity. While being mobbed by a sea of die-hard fans during a meet-and-greet at Tokyo's Mega Plex Mall, 16-year-old Nyobi's powers manifested. A ring of bright purple light flashed throughout the mall, blinding the spectators. In a split second, Nyobi was gone.

Reappearing at the back of the building, safe from the mob dying to just touch her, young Nyobi realized that this singular moment would change her life for the better. As the media ran nuts with the story, people throughout the globe had their own theories as to what had happened. ICON Entertainment - Nyobi's record label - tried to explain it as a special effect; a stunt to surprise audiences everywhere. Much to their chagrin, when Nyobi finally made her return to the public spotlight a week later on MyTube, she revealed her newly-discovered abilities to the world!