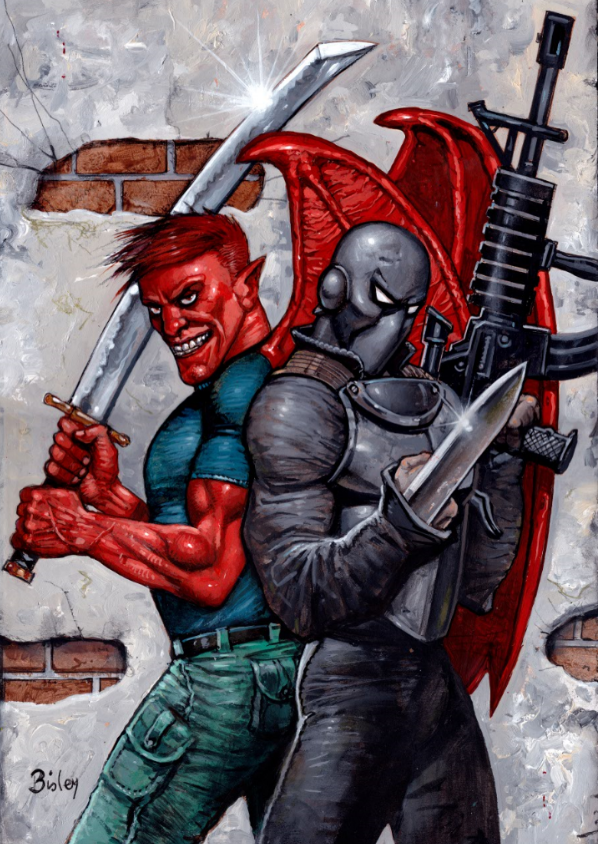 The Vigilante has operated in Brooklyn, New York for decades taking down mobsters, human traffickers and even supernatural threats such as demons.

His past comes back to haunt him as a mobster that Vigilante disfigured, puts a $3 million dollar hit on him. The main assassin Vigilante deals with is a vampire queen known as The Countess. The Countess has an unusual fixation on the Vigilante as they had crossed paths before and she goes on a rampage through New York which only Vigilante and Carnage can stop.