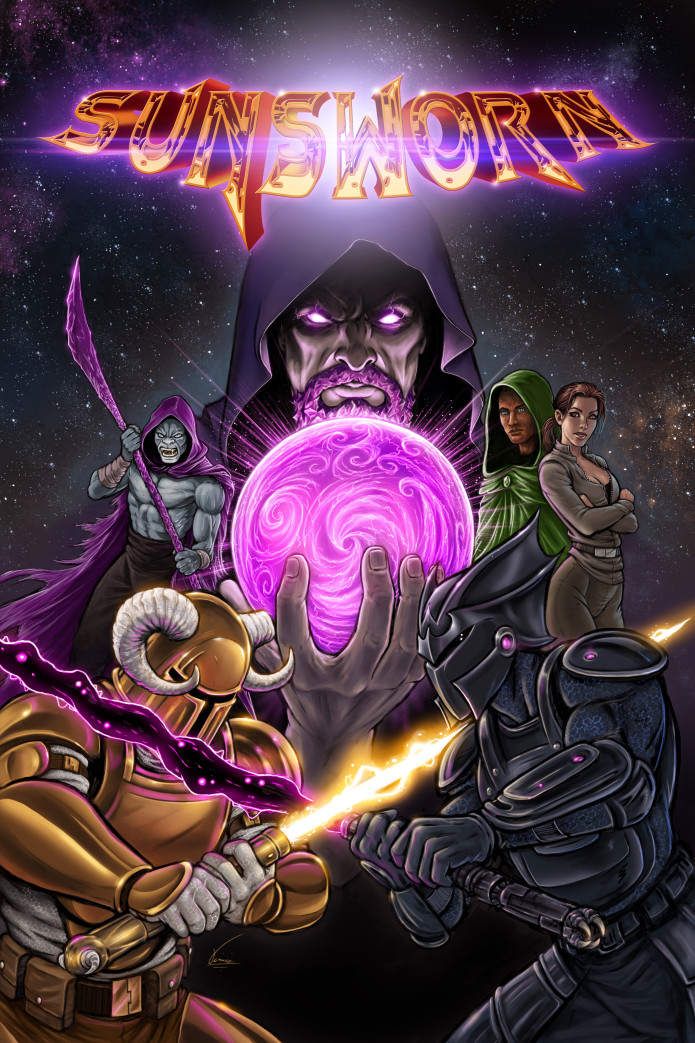 Peaceful existence comes to an abrupt end as a forgotten foe emerges to lay claim to the galaxy!

Centuries after the Titan War, the galaxy enjoys relative peace under the rule of the Astral Union. Its citizens want for nothing and the defense force, led by the famed Astral Templars, is more than a match for the few rogue elements that trouble them.

The Disciples of Uul, a pacifistic sect of crystal-wielding mystics- having vowed to never again use their uncanny abilities for bloodshed- keep watch from afar and record galactic happenings. Working in conjunction with the Union and its Templars, the Uul’thar play an integral part in maintaining the order.

Harmony never lasts, though. Peace is an illusion. Something stirs from beyond the border… and within.