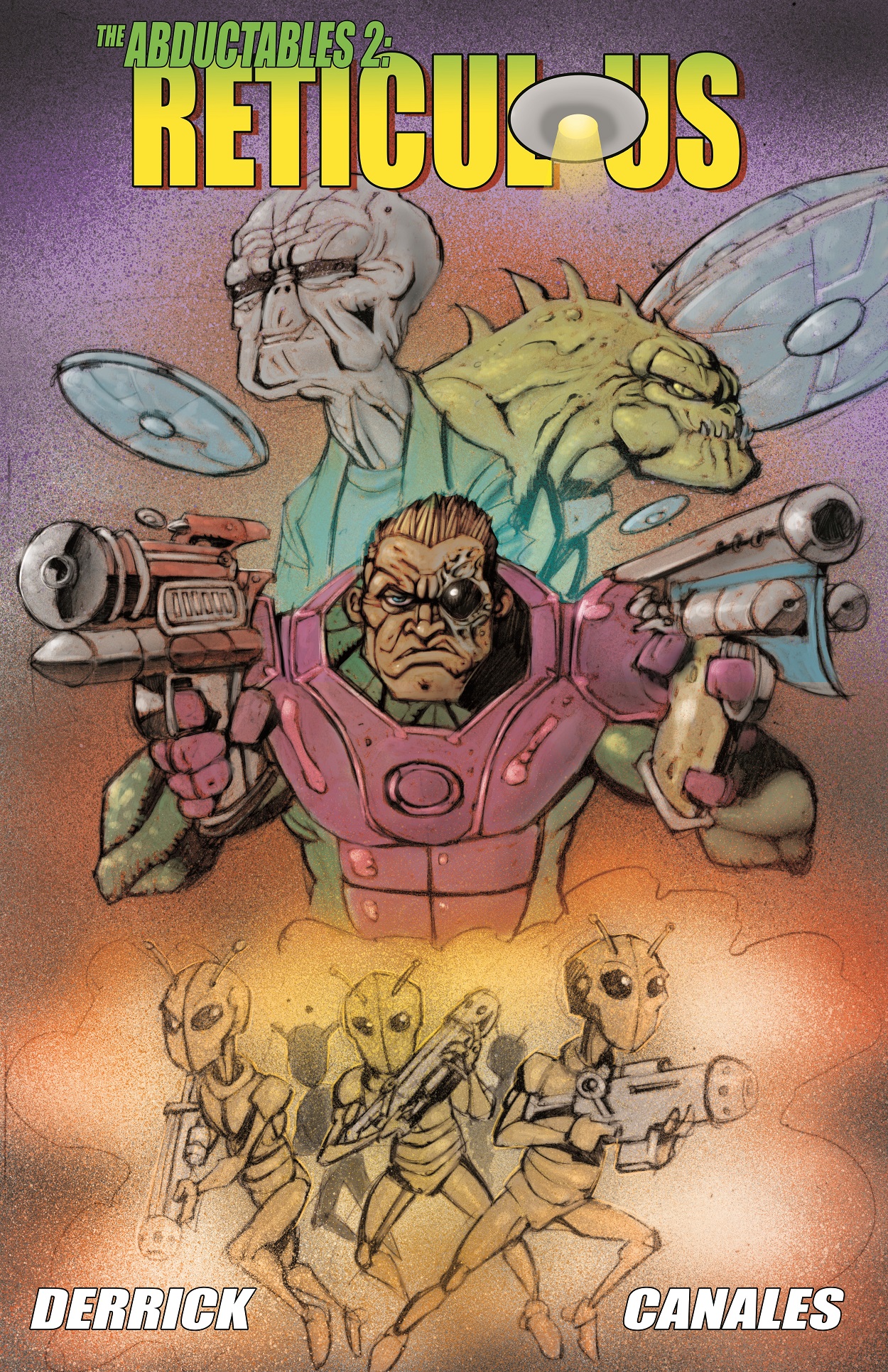 After an alien abduction gone horribly wrong, the Greys of Zeta Reticuli must now enlist the help of the very man they abducted (and his giant muscles) in order to stop an even greater threat to the galaxy...THE REPTILIAN!

After the action-packed events of THE ABDUCTABLES, in which aliens learned the hard way that it’s not a smart idea to abduct musclebound insomniacs with roid rage, those very same aliens (at least the ones that survived) must now enlist the ever-ornery Abductee’s help in order to defeat a new and even deadlier threat to the cosmos—THE REPTILIAN!

This extraterrestrial warlord is hellbent on dragging Space Age civilization back to the STONE AGE! And with an evil army of mutant monstrosities known as The Fundament at his command and a rogue Grey scientist in his ear, he just might be able to do it! (Unless The Abductee has anything to say about it!)

Comicdom’s craziest franchise is BACK, and this time it’s WAR!