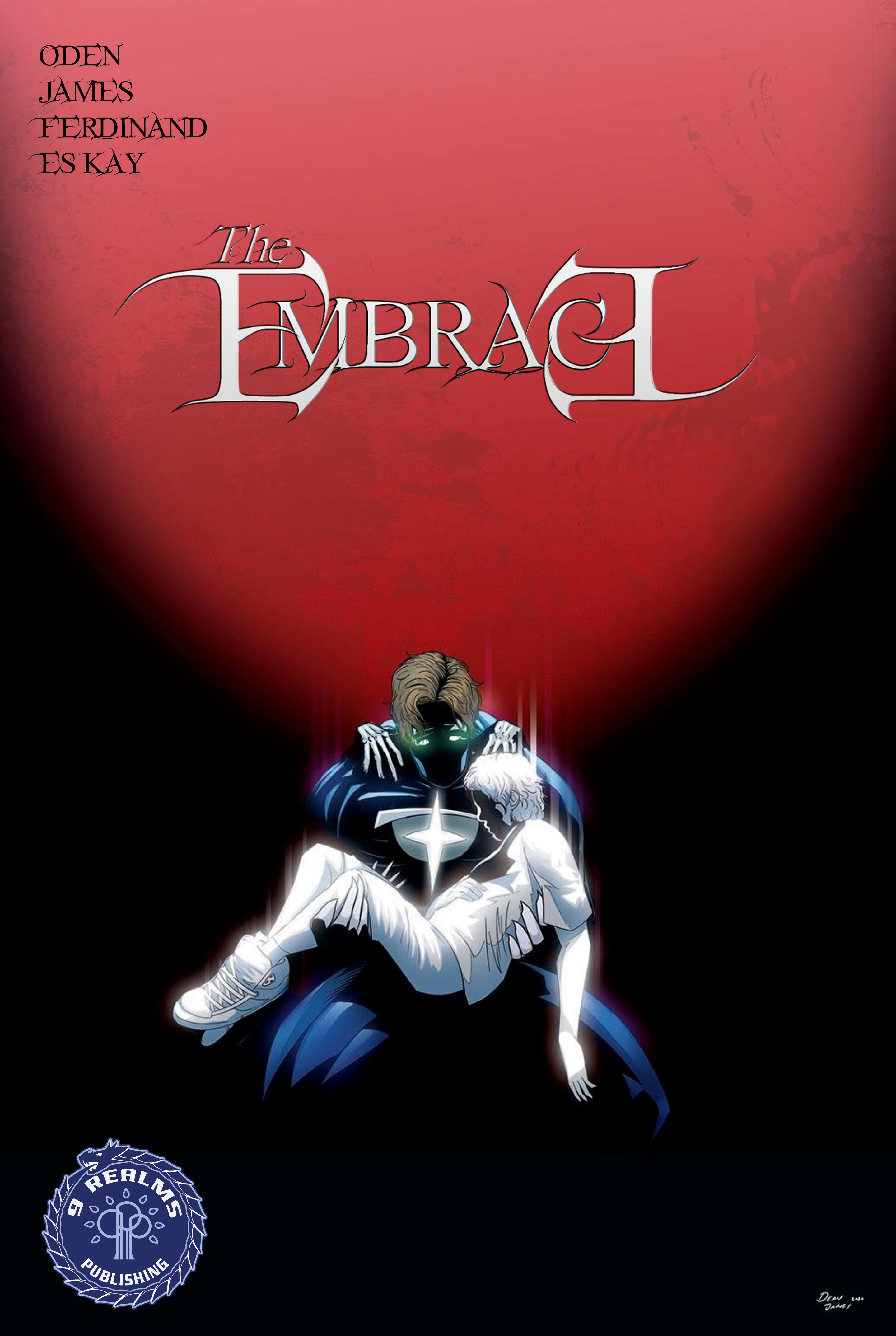 The Embrace is a story about Loss, Fatherhood, and Justice as a father gets saved by the ghost of his son.

No Father Should have to bury their son, but life sometimes doesn’t play out the way it should. It’s been a year since the mugging that robbed Clarence Griffin of both his dignity and his son, David. With the police closing the case cold, Clarence revisits the last place he was with his son with every intent on taking his life. However, before he can follow through, he is stopped by David's spirit and in the embrace of his child’s ghost, he not only receives a vision revealing the people responsible, but a suit of necroplasm that protects him from harm and grants him abilities. Now father and son hunt down the criminals responsible  for this tragedy, and bring them to justice.