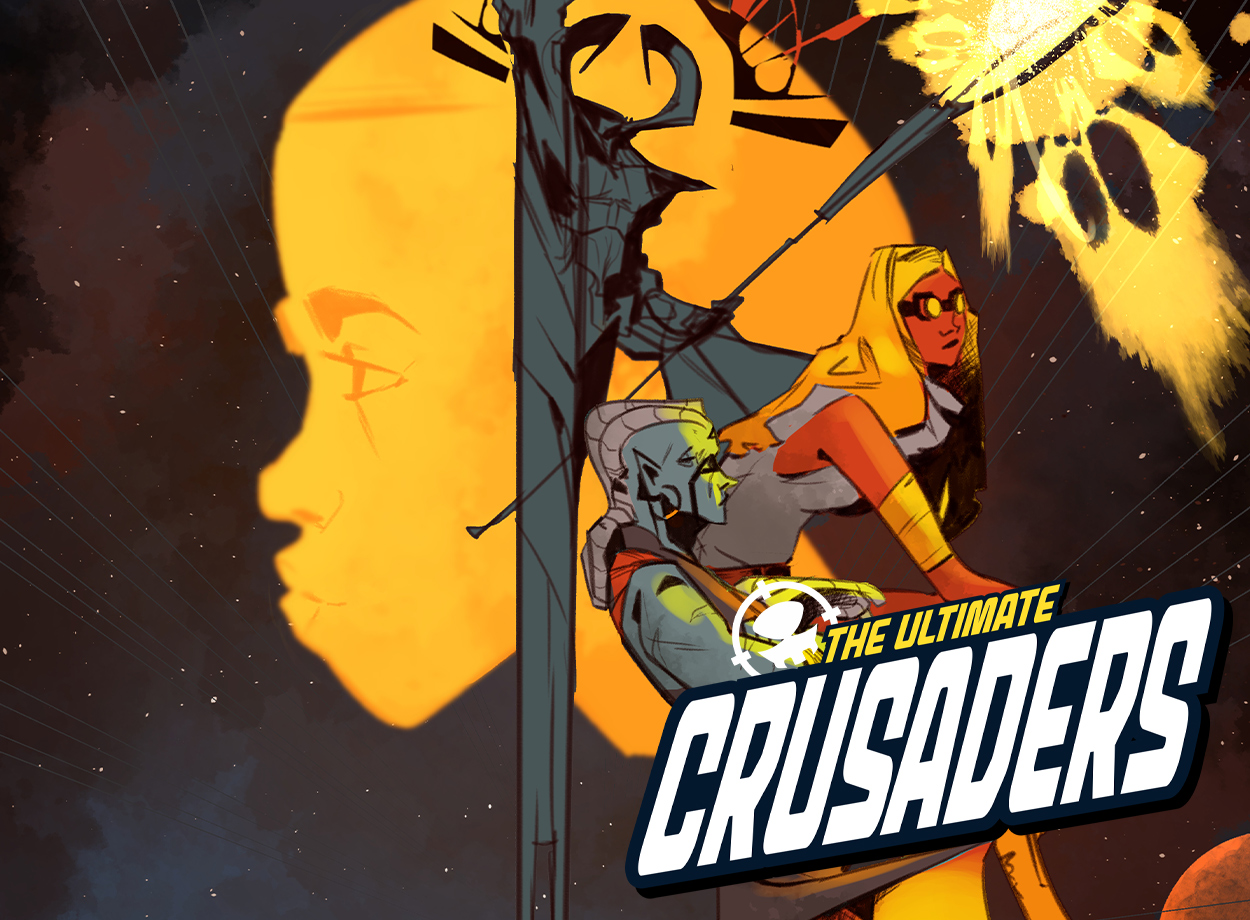 After discovering a mysterious artifact on Earth, two gifted children are forced to travel across the universe alongside a ragtag group of alien freedom fighters known as The Ultimate Crusaders in an effort to prevent a savage alien empire from destroying every other race except their own.

A young, socially awkward boy genius named Orion Williams and his best friend, Claire Rosemary, work together to build a massive mechanical suit in the hopes of discovering the whereabouts of Orion's father, Jarrius Williams, who has been lost in space after a space shuttle accident three years prior.

Amid their constant failures, however, the duo witnesses an escape pod crash onto Earth's surface, revealing a mysterious artifact known as The Forge, an object capable of harvesting the souls of all life forms. Soon after this discovery, they are relentlessly tracked down by a savage alien race known as, The Blackened, who have laid waste to multiple planets across the galaxy in the name of their king, Rhys, who seeks to expand their dying race.

Now, with The Forge in tow, the duo is forced to join a ragtag group of alien freedom fighters known as The Ultimate Crusaders, to prevent The Blackened from reclaiming the artifact and destroying every other race except their own, while also uncovering the origins of The Forge and the mystery behind Jarrius' disappearance.