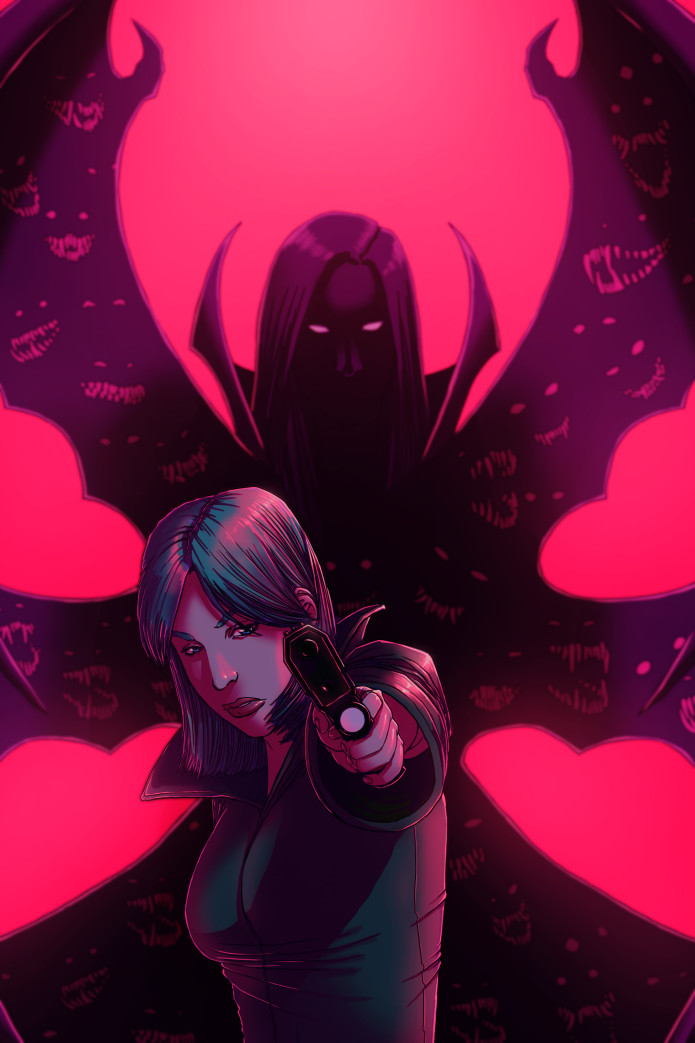 A pitch-black superhero fantasy full of sci-fi sensibilities and mystery.

In the interdimensional maelstrom of new earth–the world devolved into a paranormal pressure cooker becoming an otherworldly hell with new unique problems. After a pitch-black fantasy realm full of unearthly horrors collides with our reality bringing those who died back to life. Now, a newly resurrected femme fatale named Gwendolyn searches for the assassin who killed her children, before he kills her.