He used to be a chef having studied the trade for 3 years (graduated half a year before everyone else) and got plucked to be part of a brand new fine dining Japanese Restaurant on John Dalton Street, Manchester causing him to leave his home town.

After a two year stint the establishment sadly closed, but an unexpected jump to professional photographer quickly came about within only four weeks of owning a camera and was contracted for a London music editorial magazine - Big Cheese to photograph various bands and Download Festival.

He soon evolved to shoot portrait photography freelance for a couple of years before landing an in house job for a women's fashion company.

In the dark hours of the day he wonders what it would be like to be eaten by a zombie and one day become one, for now though he is more than content in finding out this answer while drawing Doomsday Kingdom. 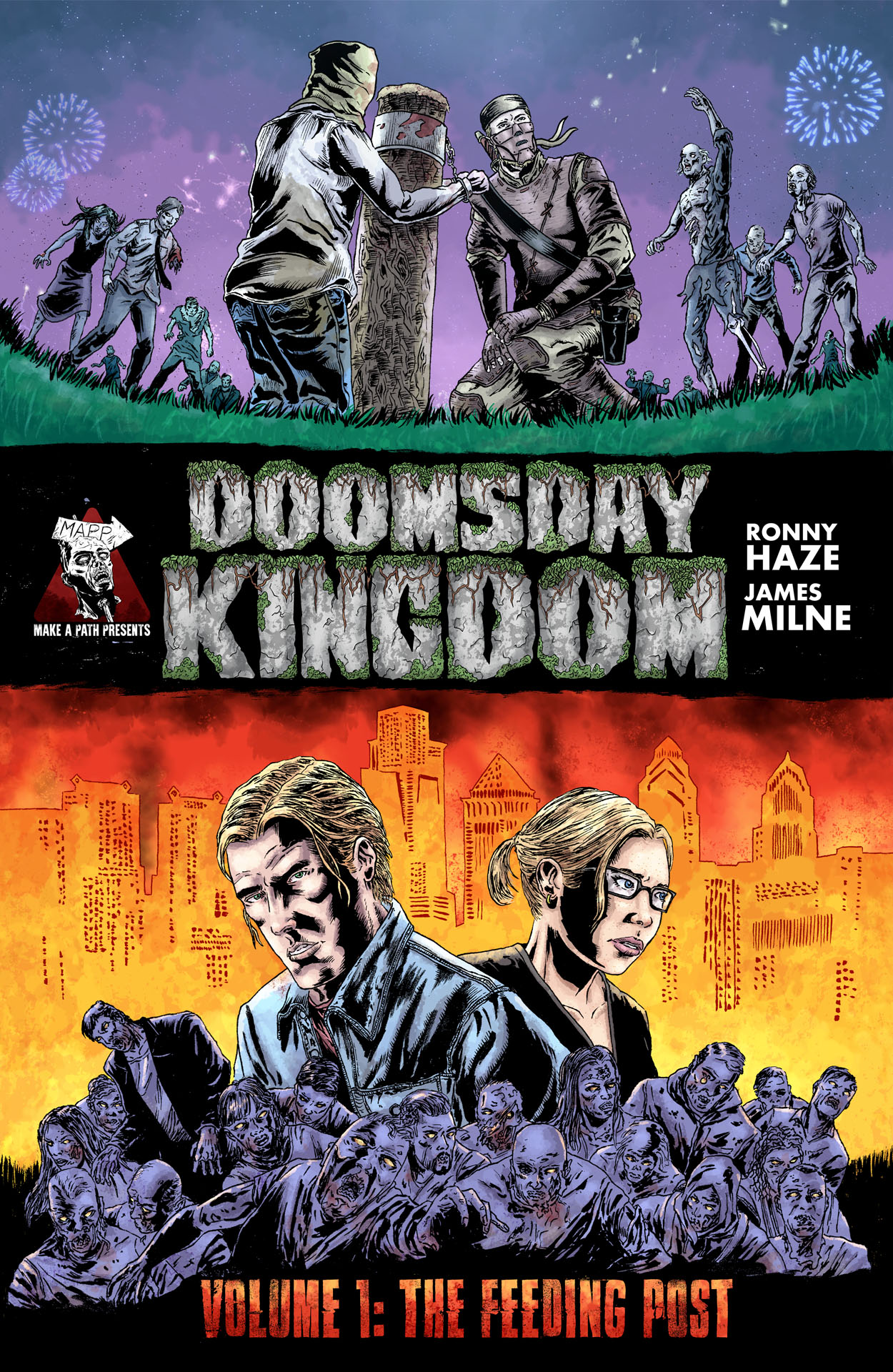